The fire was dispatched at 3:13 a.m. with the first fire engine arriving several minutes later. Heavy winds fanned the flames and spread burning embers for hundreds of feet.

The first arriving OCFA Battalion Chief immediately upgraded the fire to a 2nd alarm which brought Firefighters from Orange, Garden Grove and Fountain Valley to assist in fighting the fire.

The fast deployment of multiple hose lines brought the fire under control and stopped it from spreading to the whole strip mall.

An Orange County Fire Authority Fire Investigator was called to the scene to attempt to determine the cause of the fire. 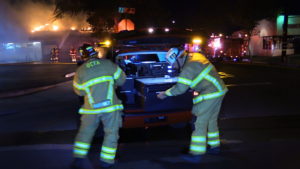 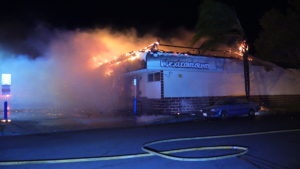 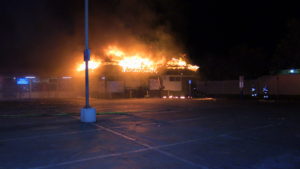 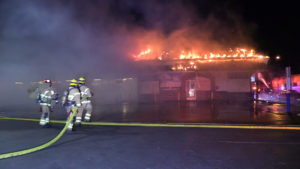 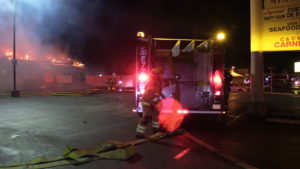 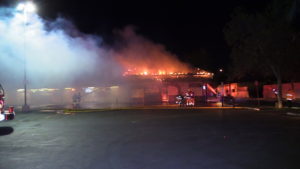 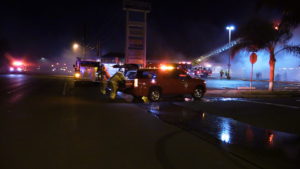 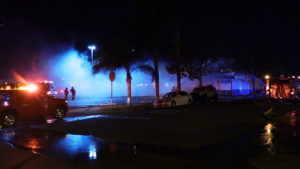