The Orange County Sheriff’s Departments Highway Interdiction Team arrested a man who identified himself as an Ensenada, Mexico Police Officer during a traffic stop on Interstate 5 in south Orange County on October 9th.

The man, 41 year old Miguel Patron, appeared to be extremely nervous according to Deputies who then used a dog to sniff the car for drugs. The dog alerted on the car and Deputies found approximately 50 pounds of methamphetamine in a hidden compartment in the car.

Patron was arrested for transportation of a controlled substance and was arrested. He was booked into the San Diego County Jail with bail set at $200,000. 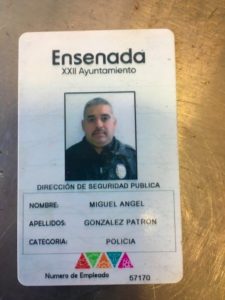 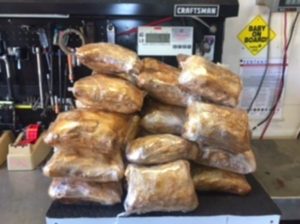