The California Highway Patrol received reports of a single vehicle crash at 12:46 a.m. on the transition road from the northbound 5 freeway to the northbound 405 freeway in Irvine.

Upon arrival Officers and Firefighters located 2 victims, including the passenger who apparently was not wearing a seatbelt and was ejected from the Toyota truck. He was pronounced dead at the scene.

The driver of the truck was transported in critical condition to Mission Hospital in Mission Viejo. CHP Officers later placed the driver, 29-year-old Adrian Marquez of Rancho Santa Margarita under arrest for felony driving under the influence.

It appears from the evidence that Marquez was traveling at high speed and veered off the roadway striking a large sign pole. 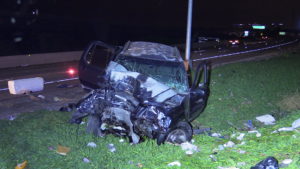 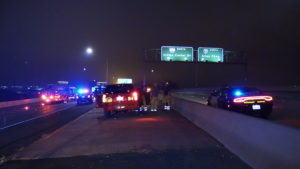 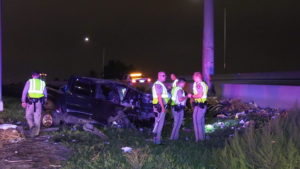 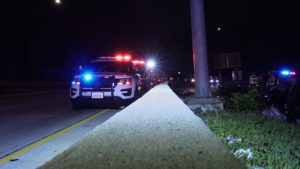 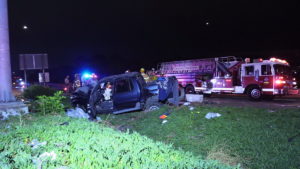 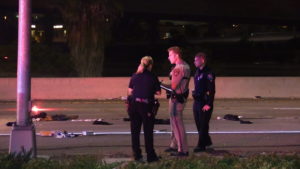 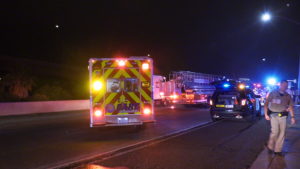