A fire in the auxiliary power unit on a Southwest Airlines 737 about to depart John Wayne Airport around 7:30 p.m. filled the airplane cabin with smoke and forced Flight Attendants to deploy the emergency evacuation slides to evacuate the passengers.

According to the Orange County Fire Authority, 4 of the 139 passengers had minor abrasion injuries from going down the slide. They were all treated in the terminal and no one was transported to the hospital.

The 737 had just pulled away from the gate when smoke began to fill the cabin. The pilots called the FAA control tower and requested the crash units to respond. They arrived quickly and extinguished the fire and aided the passengers.

Newport Beach and Costa Mesa Fire Departments also responded to the call and assisted the OCFA.

According to airport spokeswoman Deanne Thompson, Southwest Flight 2123 was about to depart for San Jose when the smoke was noticed in the cabin of the plane. The flight was headed to San Jose.

The airport remained open during the incident and no incoming flights had to be diverted. 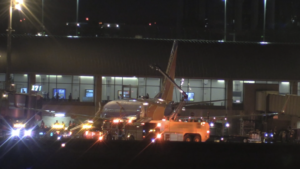 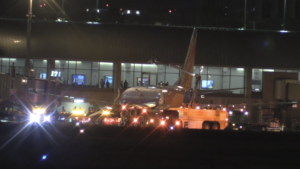 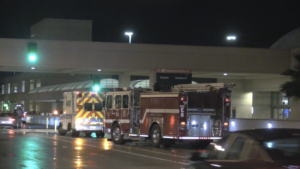 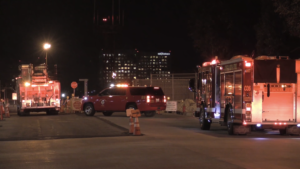