MAN FIRES STOLEN POLICE AR-15 IN BACK OF PATROL CAR

On Tuesday Garden Grove Police were contacted by mental health workers at an addiction treatment facility in the city at around 9:15 p.m. requesting help in dealing with a man they believed was suffering a psychic episode.

Officers arrived and placed the man in the back of a police car as they waited for an ambulance to arrive to take him to a hospital for treatment. The man was not handcuffed as he was not under arrest and the back seat of the police car was secured by a partition and locked doors.

According to police, it appears that the partition was not fully locked in placed due to a faulty spring and the man was able to open it. He then partially climbed through the opening and somehow hit the release for the AR-15 rifle that was in the car.

He grabbed the rifle and brought it into the backseat of the patrol car and eventually fired one shot. That shot did not hit anyone and prompted a multi police agency response, as well as a response from several area S.W.A.T. units.

The neighborhood was evacuated as police set up a perimeter. A negotiator was able to talk the man into giving up after several hours.

Garden Grove Police Lt. Carl Whitney stated that as a result of this incident all patrol cars are being checked to make sure the mechanisms on their partitions are functioning correctly and procedures are being reviewed. 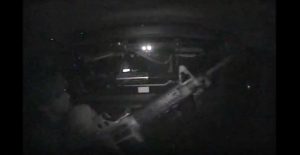 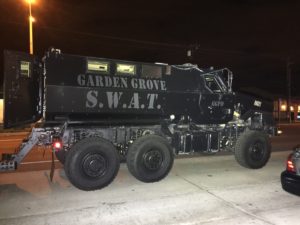 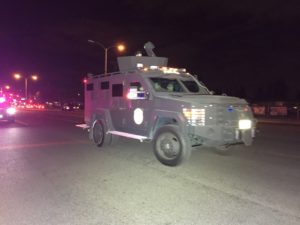 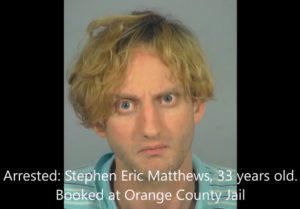