A 19 year old man is dead and a woman was briefly trapped in her car following a high speed crash on Santiago Canyon Road at Hunters Way in Orange.

Firefighters responded to the accident at 12:26 p.m. Tuesday and found the woman’s car up against a wall with her pinned inside. Firefighters cut her from her car and transported her by ambulance to a local hospital. Her injuries were described as likely non life threatening.

The 19 year old driver in the other car was pronounced dead at the scene by Paramedics.

According to witnesses, it appears the 19 year olds car was traveling at high speed and may have driven over the center divider and struck the other car.

Santiago Canyon Road was closed to traffic as police investigated the crash. 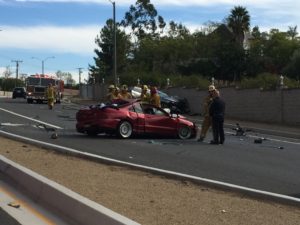 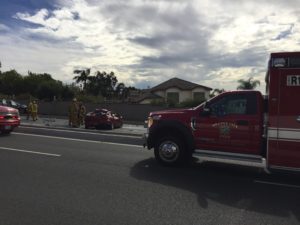 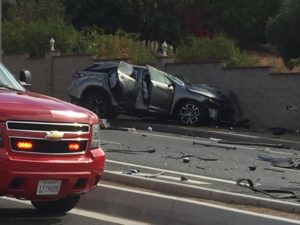 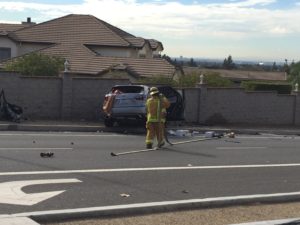 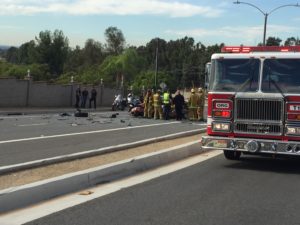