ONE DEAD IN HIGH SPEED CRASH IN GARDEN GROVE

Garden Grove police responded to West Street at Chapman Avenue around 3 a.m. Saturday morning and found one car upside down and badly damaged, as well as a power pole and wires down in the street.

Garden Grove Firefighters found the passenger of that car on the ground and quickly transported him to nearby UCI Medical Center in Orange. He was reported to be in critical condition at the time. Firefighters used the jaws of life to free the driver who was trapped in the wreckage.

Firefighters and EMTs from Care Ambulance performed CPR on the man and rushed him to UCI Medical Center where he was later pronounced dead.

Southern California Edison reported that about 1700 customers had lost power as a result of the downed pole. Power was restored later in the day.

Police are investigating the case of the crash. 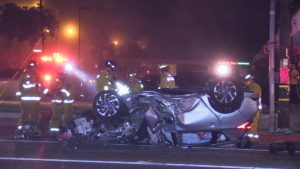 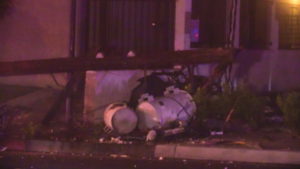 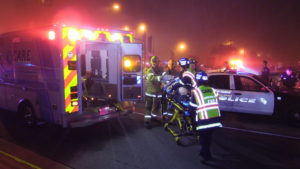 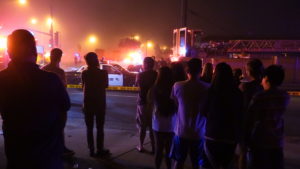 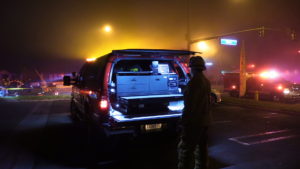 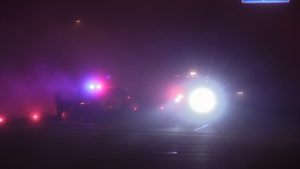 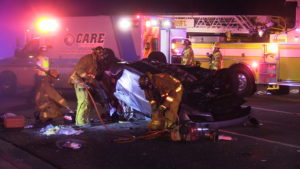 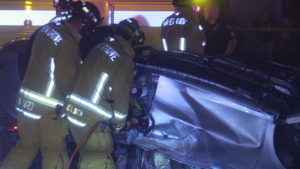 Share
Previous ARE YOU READY FOR AN EARTHQUAKE? IF NOT GET READY NOW!
Next TEEN KILLED DURING HIGH SPEED CRASH IN ORANGE