With recreational sales of marijuana just a few months away, Gov Jerry Brown signed a new law that prohibits drivers and passengers from smoking marijuana while driving in a car beginning January 1, 2018.

The law was written by Sen. Jerry Hill (D-San Mateo) in advance of California’s legalization of recreational use in January. It is already illegal to drive while intoxicated by marijuana, although no measurable standard exists. It is also illegal to drive with an open bag of marijuana.

The new law will also prohibit the consumption of marijuana edibles while driving. The fine is set at $70 for the first offense, although California’s long list of surcharges will likely bring the total fine much higher. 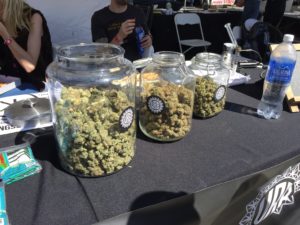