Orange County Fire Authority Firefighters responded to a diesel tanker on fire at the Bowman Landfill in Irvine shortly after 7 pm tonight.

Dozens of Firefighters responded to the fire in a 2000 gallon diesel tanker truck at the landfill located in Bee Canyon due to the the landfill’s proximity to heavy vegetation and the risk of a brush fire.

Firefighters managed to stop the fire from spreading to nearby brush and contained it to the truck. Fire Investigators were called to the scene to determine the cause of the fire. 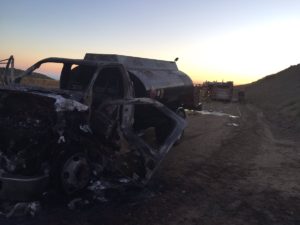 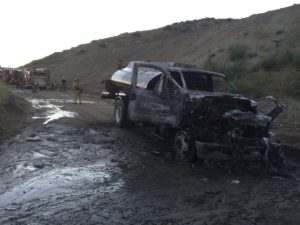 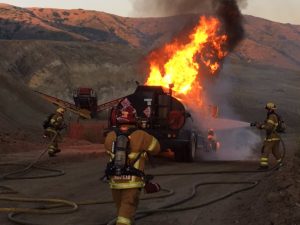 Photos courtesy of the OCFA