A 22 year old man and a 20 year old woman were hospitalized after an inner tubing trip down the Santa Ana River went bad shortly after midnight Saturday morning. According to police, the pair entered the river at Chapman Avenue in Orange with the intention of riding the fast moving, debris filled river to the beach.

They actually only made it a few hundred yards to a waterfall just south of the 22 freeway where residents of a homeless encampment heard them screaming for help as they were stuck in the turbulent water at the base of the falls. Someone from that encampment called 911 while others, including a man with a ladder, tried to rescue the pair.

Dozens of Firefighters from as far away as Huntington Beach lined the river in case one or both of the victims were floating towards the terminus of the river at the ocean. The pair somehow managed to make it to the bank of the river on their own, despite losing strength in the frigid water.

Firefighters from the City of Orange and the Orange County Fire Authority assisted them into an ambulance and transported them to nearby UCI Medical Center.

According to police at the scene, both would likely be referred to the Orange County District Attorneys Office for possible prosecution for illegally entering the river. They could also be required to pay for the cost of the response by dozens of Firefighters from at least 4 different agencies.

The pair told Firefighters that they attend Chapman University. One homeless man commented, “even a 6 year old would know this was a bad idea, what could they possibly have been thinking?”

Authorities warn people to stay well clear of the Santa Ana River, and any body of water during periods of rainy weather. It is illegal to enter the river or any flood control channel in Orange County. 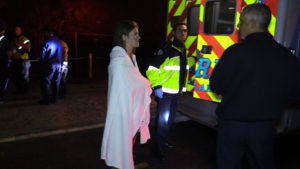 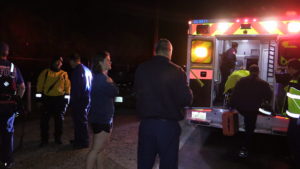 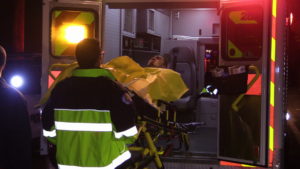 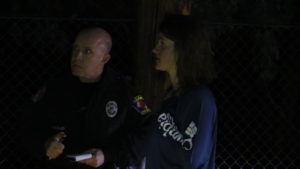 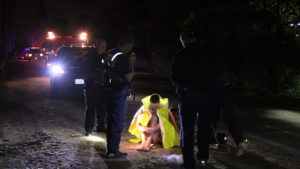 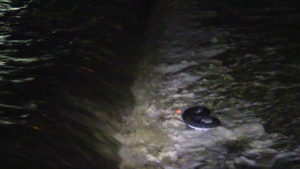 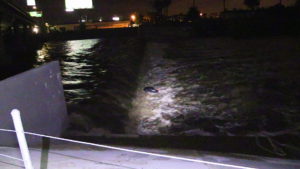 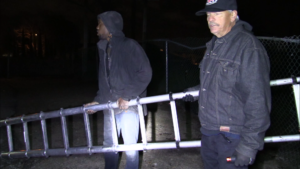 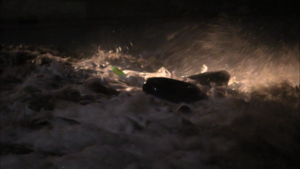