Police in the City of Orange have identified the Officer that was struck and very seriously injured early Saturday morning as Sharif Muzayen. Officer Muzayen was on a call around 3 a.m. in the 500 north block of Cambridge Street when he was struck from behind while out of his patrol car by a car allegedly driven by Ashley Victoria Bertolino, 27 of Tustin.

Bertolino has been charged with felony counts of driving under the influence of alcohol and drugs causing bodily injuries. She faces the potential of years in prison if convicted. The initial investigation, which is being handled by the California Highway Patrol, estimated that Bertolino was traveling at about 40 m.p.h. when she struck Officer Muzayen.

Other Officers immediately rushed to help Muzayen and tended to his injuries while awaiting Paramedics. Orange Fire Department Paramedics and Firefighters carefully packaged the critically injured Officer for transport to OC Global Hospital in Santa Ana where he underwent extensive surgery to repair the damage to his legs and pelvis. He remains in Intensive Care and is expected to have a very long recovery process ahead of him.

Friends have set up a GoFundMe page to help his wife and 2 young children. The young Officer served 2 tours in Afghanistan  while a U.S. Marine and has been with the Orange Police Department for about 3 years.

If you would like to help, you can go to the GoFundMe page by clicking here or contact Orange P.D. 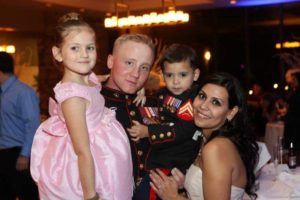 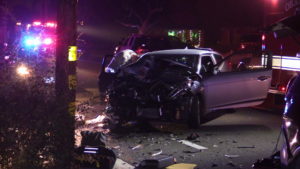 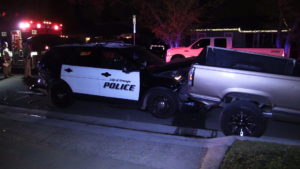 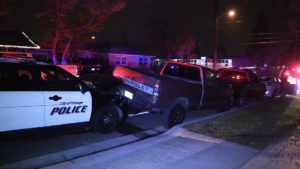 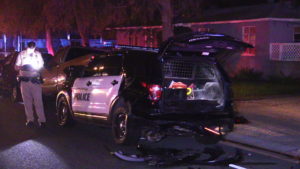