Two people were killed in a fiery crash that is believed to be the result of a high speed street race around 2 A.M. Saturday morning in Anaheim. The 19 year old male driver of the 2003 Infiniti is reportedly a resident of Stanton, his male backseat passenger is also still unidentified. A 24 year old man survived the crash with serious burns.

The car appears to have been traveling at high speed westbound on Ball Road when the driver lost control and struck a light pole and five parked cars before coming to rest at the back of an apartment. Three adults in that apartment were displaced by the fire and smoke damage.

Police are searching for a red Mustang or Camaro that may have been involved but left the scene. 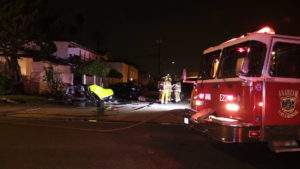 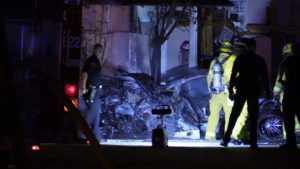 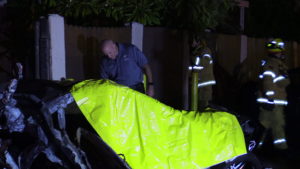 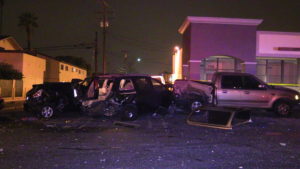