A Lyft driver was attacked by an allegedly out of control passenger around 1 A.M. Saturday morning in Santa Ana. The driver told police he picked up a couple in Fullerton and the male became agitated and verbally abusive during the ride. The driver pulled over near the intersection of Bristol Street and Memory Lane in Santa Ana and ordered the pair out of his car.

According to the driver, the male got out of the car and began smashing his windshield with a metal object. Two California Highway Patrol Officers driving through the intersection spotted the attack and intervened.

The CHP Officers detained the male and female until Santa Ana Police arrived. Santa Ana Officers arrested the male for vandalism to the car. He was cited and released at the scene and the couple were let go by police.

The damage to the Lyft drivers car was estimated at a few hundred dollars. Although shaken up, the driver was not injured. The driver believes he caught the incident on an in car camera but needed to hook it up to a computer to review the video. 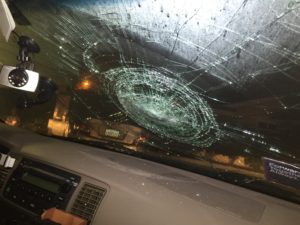 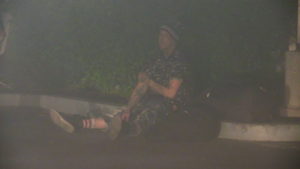 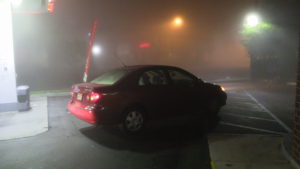 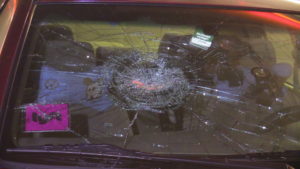