A 21 year old woman was arrested for suspicion of driving under the influence of alcohol after her car crashed on the 57 freeway around 4 AM Saturday killing her passenger, 22 year old Hacienda Heights resident Ayumi Nakamura, according to the Coroners office.

The 21 year old driver was identified as La Habra Heights resident Asako Bonkobara. She was transported to UCI Medical Center and treated for moderate injuries before being arrested by the CHP.

The crash occurred on the northbound 57 freeway near the Lincoln Avenue off ramp in Anaheim. It appears the car drifted onto the right shoulder where it struck a guardrail and a large metal sign post. 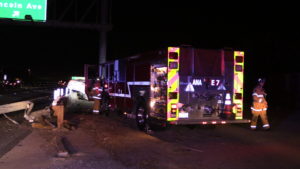 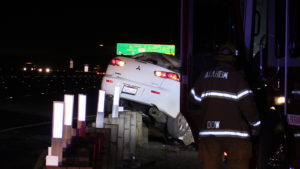 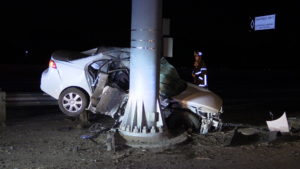 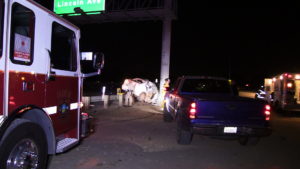